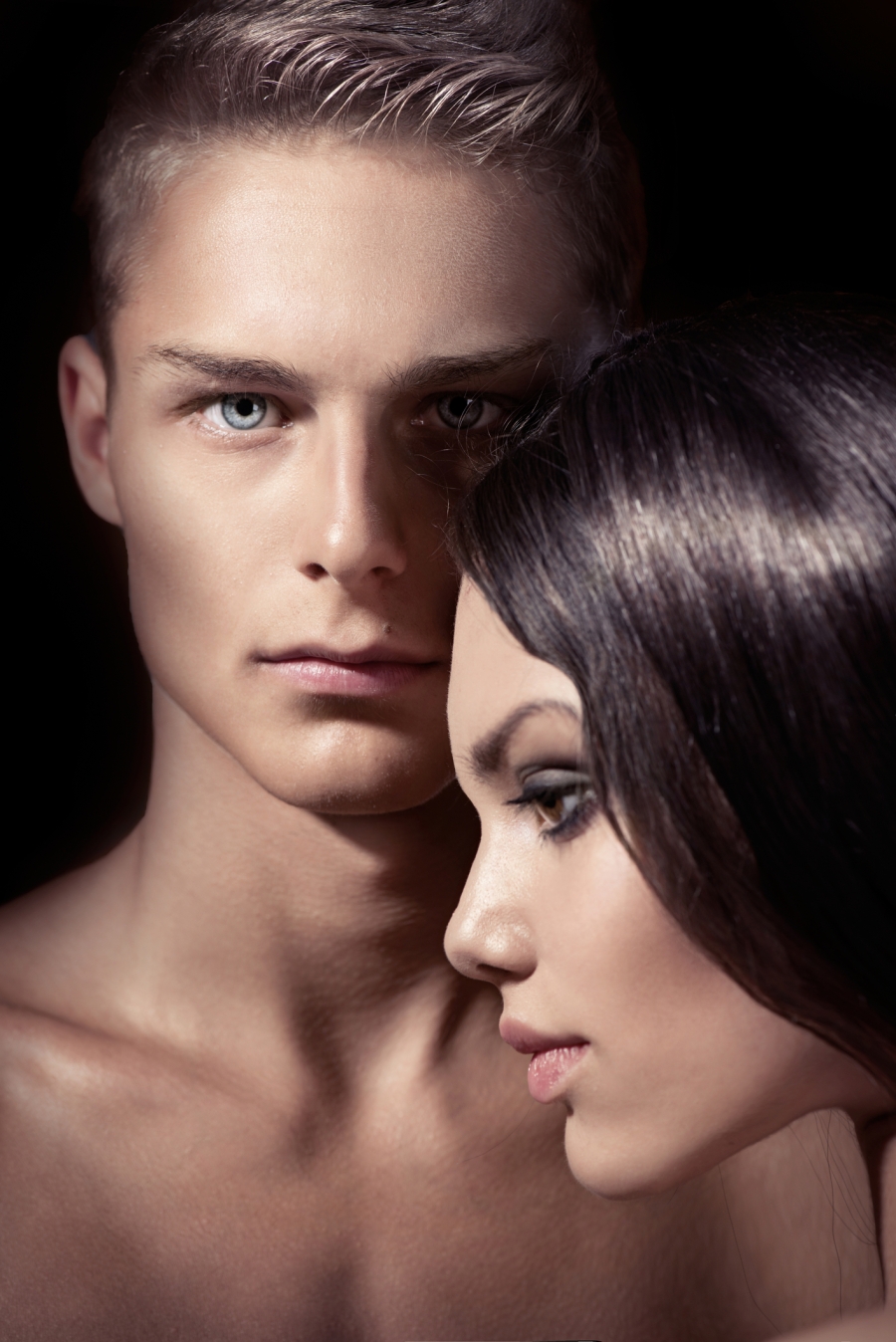 Wickedly handsome and shamelessly rich, Tristan Stahl is a villain. A businessman by day and an underground cage fighter by night, he fears no one, and respects one man alone – his adoptive father, Mark Stahl. It’s at Mark’s request that Tristan recruits Isolde Molnar for her “special talents”. He doesn’t expect complications from this “piece of livestock”, but working closely with her turns out challenging in more ways than one. Throw a modern alchemist’s potion in the mix along with Mark Stahl’s growing infatuation with the girl, and there you have it – Tristan and Isolde Reloaded. Enjoy!

“We basically are,” Tristan replies, leaning back and relaxing in his seat. I look down at my glass to avoid blushing. “That’s how Viktor Schweizer survived the concentration camps in Hitler’s days.”

My eyes snap back at him. “You know that Nadine talked to me about Dr. Schweizer?”

Tristan smiles a new kind of smile that makes me think of the wise Gandalf. I suddenly see an old soul in the body of a young hustler with wild blue eyes and white blond hair.

“I knew she’d do it before she actually did.”

I lower my glass of scotch as conclusions fall into place in my head. “You manipulated her every move.”

The smile lingers on his sculpted face. “Your intuition is kicking in. Good.”

Indeed. It’s like a kind of mystical logic at the back of my mind. My eyes become slits as I talk, I can feel their corners crinkling. “You put hints in her way. What she thought she discovered in the beginning, you already had all that info.” The pattering of the rain and the candlelight have a strange effect on me, too, they put me in a fuzzy mood.

“You’re getting there.” His tone is even – he’s not impressed yet. Show him what you got, Izzy. I lean forward, studying his face.

“You planted quests in her way like in a video game. But she eventually did get to a part where she made new discoveries, like the whereabouts of Viktor Schweizer, who you always suspected ran the Institute. Of course, he was always among your main suspects, but you had no idea where to find him and, even if you did, he would’ve slipped through your fingers. But you foresaw he would open up to Nadine, make himself available, which he would’ve never done if he sniffed your workings behind her actions.” I point at him like I’ve hit the jackpot. “You played Nadine like a marionette.”

He still smiles, but it doesn’t look like my deductions blew him away. He stands and plucks the now empty glass from my hand, walking with it to the drinks cabinet for a refill.

“Good start, but not nearly satisfying. I need your intuition on full power,” he says as he takes distance. “So sit back, relax, and let it flow in from the back of your mind.” His voice is now frighteningly soft. So unlike him, so unlike any young man. He sounds like an ancient prophet.

Maybe it’s just the alcohol. I drank on an empty stomach, and now I’m tipsy – dizzy comes with the territory. I’m not even shy anymore as I ogle Tristan up and down, drinking in the athletic shape of his body molding the suit.

He comes back to me with the refilled glass, his shirt open just enough to reveal the light tan of his taut chest. Maybe it’s Marie France’s love potion, but the more I look at him, the more unusual his beauty seems. As if he’s not even human, but a fallen angel. His skin is so perfect it seems photoshopped. Unable to hold his gaze, I take the glass when he hands it to me, and look down.

I notice I’m barefoot, my shoes lying around on the fluffy dark mahogany carpet like they’ve been tossed. I cringe – having naked feet in front of someone always made me uncomfortable. I’m still wearing the cream lace dress I’d been wearing at the club, only that it’s looser on my hips and my back. Tristan must’ve unzipped it to make me more comfortable when he brought me here. I let my locks fall down the sides of my face in case I’m blushing. The pins have been removed, and now my hair is free, feeling silky against my cheeks.

Tristan is now inches from my nose, the material of his suit trousers curving on the muscles in his thigh.

“I don’t know what exactly you expect of me,” I whisper, trying to keep my heartbeat in check.

He reaches under my chin and touches it with his thumb and forefinger, making me look up. His scent of winter is fresh in my nostrils, and the feel of his skin on mine fires a tingle straight to my gut. My eyelids flutter, and I can’t keep back a soft moan. The ice in Tristan’s gaze seems to shift too, but it may be just wishful thinking on my part.

“There was a reason we took you along to see Boris Podgor, although you were never actually required to do anything.”

Indeed. What reason? But I can’t speak. My jaw is locked, my eyes hooded.

“And there was also a reason we manipulated Nadine to show you her discoveries.” Now I realize – the softness of his voice is not that of a nice person, of a friend or even a shrink, it’s the deep lure of a hypnotist.

The events ever since I met him run around in my head, firing connections to each other: Stahl Biotech searching for the true identity of the Institute’s leader, Tristan hiring my best friend as an investigative journalist and me for my unusual intuitive powers; Nadine discovering Viktor Schweizer runs the Institute, one of the Jews Mark Stahl experimented on in a concentration camp back when he was a Nazi doctor; the alchemist’s potion, Marie France squeezing the blood out of my finger right into Tristan’s drink; the alchemist planting the invitation in the mobster Boris Podgor’s office.

I don’t know at what point the stream of thought becomes a stream of images, but a princely ballroom starts swimming around me. The image is warped, and muffled music and laughter reach me as if through water. People swirl around dressed in ball gowns from centuries past, velvet caps and perfumed wigs. The scent is like insect powder, it makes the edges of my nostrils itch and burn. I’m sure the allergy is spreading all over my face.

This whole thing feels like a lucid dream at first, but then the images settle down, the colors and smells so stark my temples throb. This must be real, but how did I get here? I bump into a woman with a painted mole above her red mouth just before she leans her wigged head back and laughs. I can see the foundation like flour on the wide pores of her skin, the pearls straining around her neck.

My eyes don’t even bother to move around. It’s like I know exactly where to go, and I simply put one foot in front of the other. The dark stairwell beyond the empty fireplace in an abandoned side-hall takes me down to what looks like a huge ancient arena. Sand and gravel sting the naked soles of my feet, making a crunching sound. Torches surround the arena that unfurls before me with every step I take. Another piece adds to the picture with every footfall, until I stand in the middle of it. I swirl in place, and people start populating the seats all around, loud and cheering. The same people from upstairs, their roar growing until it turns deafening, the smell of perfumed wigs and wet sand choking me.

Something screeches sharply in my ear. I spin around one more time. Right behind me Tristan hangs on a cross, torso bare, chains around his forearms. Air leaves my lungs as I scream, but the sound doesn’t make it out of my body. This can’t be real. It’s a very lucid dream in which my eyes glide all over Tristan’s body that seems a work of art, a Greek god marred with bleeding cuts. His eyes are hooded, the blue irises opaque, his beautiful features immobile, and his mouth slack. I look at his belly, searching for signs of breathing – it’s not moving.

He’s dead. Two men with evil grins hold fork-like pokers by his side. They’re dressed like ancient Roman soldiers. Seems one of them notices me, and approaches. He reaches for me, and my heart slams hard against my sternum.

I jolt up, and I find myself in Tristan’s study. The relief I feel when my eyes find him, his body wrapped in his fitted suit and shirt, his eyes as cold as ever. His scent of winter is particularly vivid, and I realize he’s standing so close to me my chin almost touches his lapel. I’m not thinking as I put my hands on his chest, eyes up, hanging to his.

He smiles a lazy smile. The blue in his eyes liquefies. “No. They will kill me.”

I grip to his lapels. “But Tristan, I had a vision of you in ancient times, you were being –”

He cups the sides of my face, and I go mute. My heart starts on a rabbits’ race. I can’t believe this, his face is so close to mine, his palms big and hot. “You didn’t see the past, Isolde. You saw the future.”

Enjoyed this? Stay tuned for more! Subscribe to this blog, and follow me on Facebook and Twitter to be notified each time a new chapter is uploaded. Feel free to roam the site – it has many goodies to offer, from personality tests to HOT psych information.