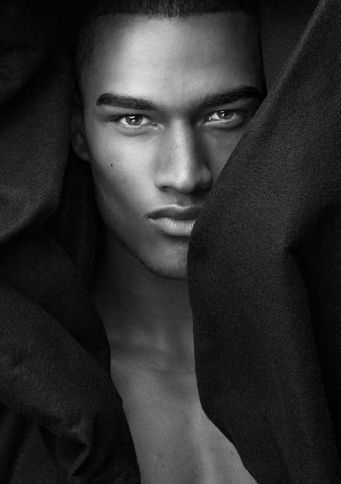 “See, what did I tell you? They found Mad Conan to blame it on. As for the old man, he’s a scapegoat,” Rux said as images of a sorry old doctor with Einstein hair, cuffed hands and fragile body in a tweed suit appeared on the screen, led to a police car by two men in black uniforms. According to the reporter, the car exploded only shortly later, the doctor and the policemen all dead. The connection to Dad fired in my head – first extraction, then death.

She looked at me, startled by my reaction. In a few breaths and with no second thoughts I broke my oath and told her about the extraction, glancing at the door to make sure Mom didn’t catch me on it.

“Help me, Rux,” I pleaded. “I need to see him, make sure he’s not being held hostage and questioned like a heretic, then maybe even killed in some staged accident!”

“And who’s gonna tell you where Dr. Preda is? Apparently no one wants you to know.”

“We’ll go see Varlam at the station. I’ll find a way to get him talking.”

“You don’t have his number?”

I snorted. “How do you suppose I could talk to him about these things on the phone? Plus, if we call first it’ll give him time to think of ways to ditch us or fool us. The only solution is going to the station, and talk to him face to face.”

Rux studied me for a while. A deep-in-thought V formed between her eyebrows as she assessed my face, and the moment Mom walked back into the living room, she began talking without warning or turning her eyes from me.

“There’s no way I can spend days here without something proper to wear.”

She sounded so convincing, I fell for it myself. “You can have anything from my wardrobe,” I babbled.

“You’re petite, Alice, you don’t own anything I can actually take out on the street or to campus tomorrow.”

Her eyes danced on mine, maybe in expectation for me to kick the ball back at her. But, since I was too puzzled to produce a sound, she went on herself. “I need to buy a few things.”

I finally understood her game, but Mom intervened as if burnt with a red iron before I could say anything.

“You’re sure not going out, not with darkness knocking on the door.”

Rux’s face froze for a moment but, as she turned to Mom, it had already regained its elasticity and added a rakish smile.

“What if we ask one of the boys outside to accompany us to Marvimex?”

“They’re here as watchmen and not escorts,” Mom admonished.

“Then please, have a word with them,” Rux said.

Mom gave me a suspicion-filled look, which I blocked with an innocent smile and a shrug.

“I’d love to get out of the house for a bit,” I said. “It feels like prison, and I need a breath of freedom, Mom.”

It was the begging tone that unbalanced Mom’s resolve, no doubt. After little more insistence from our part she allowed us to get ready while she went out, looking for Officer Sorescu and his colleagues. I had no idea why Rux invited the escort, but I decided to trust her judgment in the end. She always knew what she was doing.

I parted the curtains with two fingers and spied – much like old Mrs. Teodorescu from across the street did each time a car pulled up in front of one of the neighboring houses. Mom crossed the street, keeping the long winter coat wrapped closely around her body.

To my gaping surprise, she entered the corner bar where loud drunkards burned away their time gambling cigarettes and bottles, sometimes their wives’ jewelry, sometimes their wives. With its barred windows and narrow entrance the place was perfectly designed to keep interest at bay. Yes, suited for undercover tailing operations, why not.

“What if the place hadn’t existed, I wonder,” Rux said. “Would they have extracted your neighbor Mrs. Teodorescu and had an agent disguise himself as her, with apron an’ all?”

She forced a laugh that made her look and sound mentally deranged rather than amused. The picture of Officer Sorescu’s round face framed by a colored kerchief did reach my mind’s eye, though.

Rux and I went to the antechamber, where challenge number two was up – getting around George. He lay on the sofa with eyes fixed on the small TV, watching no less than Bugs Bunny. Mom must’ve turned to the old tape to keep his mind off anything heavy.

Rux stared at him, holding a finger up in front of her pursed lips – keeping me quiet, I imagined. He seemed not to be aware of our presence, his mouth open, drooling, and brows high in the expression of a retard. Maybe the colored motion on screen simply put his mind off duty. Or maybe he was high on prescription medication.

Slowly, Rux opened the doors to the wardrobe. The slower she moved the more they creaked, and George stirred.

“For God’s sake, Rux, he’s not Alien or something,” I mumbled, refusing to accept that George wasn’t to be treated like a normal person anytime soon.

“Shhhhh! D’you want him screaming and wriggling?” she retorted through her teeth.

I knew she was right but it felt wrong anyway, treating George like an inconvenience.

Rux skimmed over the shelves with an all business frown, scanned the available items – not by far satisfactory, judging by the silent scoffs – and snatched a white wool sweater and a pair of tight jeans that reminded me too much of what Svetlana had been wearing in the mountains. But as soon as Rux closed the double doors to my room behind us, I shrugged off the memory as I did the nightgown and pulled them on without protest. Time was too precious.

A change of clothes was already folded for Rux on the rocking chair by the window. I watched her sinewy shape dance into it and recognized Mom’s elegant red turtleneck sweater and a pair of white pants.

“How do I look?” she inquired.

“When did Mom give you the threads?” If Mom had offered Rux access to her wardrobe, what was the point of shopping, especially at five in the evening?

“She didn’t. I helped myself after the shower today.” She winked. “Your clothes are all too small, and I figured Jenna wouldn’t mind. She never did before.”

“But she’ll see you’re wearing her stuff when we go out. Marvimex won’t stand, she’ll know we’re going somewhere else. Plus, even if we manage to persuade her we’re going shopping, we might not even make it to Varlam with one of those watchmen on our heels,” I threw at her, sounding increasingly desperate as I realized the holes in our plot.

“Oh, we’re going to Marvimex, all right. I can’t wear Jenna’s clothes forever, she knows that. Once we’re there, I’ll talk the guy into accompanying us to see Hector. I’ll tell him you and I have confidential information, and that our seeing him needs cover.”

“Wanna bet?” Rux retorted, a mischievous grin quirking up a corner of her mouth.

In the end Rux turned out to be right. Mom didn’t even ask how come my best friend wore her outfit. The explanation must’ve been obvious.

Embarrassing as it was, we had to accept Mom’s pushing cash in our hands with bent heads. All the money I’d managed to save from tutoring activities was at our apartment in the outskirts, as were Rux’s savings from all her baby-sitting.

In less than half an hour we stood under the large sign creaking askew above the entrance to Marvimex, the rain rapping on our umbrellas. The crooked plate read “Shopping Center,” yet the place wasn’t far from a bazaar. Engulfed by grey blocks of flats with walls damped by rain that testified half century of communism, it looked like a stable with dozens of barracks in the middle of a concrete fortress. Small, round men and women wearing thick golden chains around their necks populated them, offering contraband like circus performers did their tricks. Still, many shoppers preferred the place to the Tomis Mall for its cheap and often unique wares.

Valuable objects such as antique adornment artifacts and clay pots weren’t unusual here. There were actually even stories of vintage jewelry that had made it to the manors of lords and ladies in England or even tycoons in the States for hundreds of thousands of dollars. But to me, these were no more than myths until proven otherwise.

Officer Sorescu sheltered Rux under the umbrella he held for both of them. She’d been quicker to charm him than I’d thought possible.

I caught glimpses of her profile now and then as we slithered through strings of people towards the roofed hall that housed an anthill of booths. These glimpses read seduction off her smile, and I divined the batting of her thick lashes. They produced the effect of melting poor Sorescu on his feet, and I knew she’d soon be able to touch on the sensitive subject, namely ask him to accompany us to the station for a confidential meeting with Agent Hector Varlam. Then the even more sensitive core of the subject would follow – no one was to hear of this.

I lost them from sight as a young family in shopping rush squeezed me among them, and disappeared again suddenly in the roofed hall. I’d lost my umbrella in the process too. Persian rugs hung among lamps and chandeliers of different shapes, their glass icicles clinking whenever they trickled too low and touched my hair. They gave dim and pleasant light of warm and silent colors.

It was as if I’d been teleported by some tornado in another dimension, this part of the bazaar as good as empty of life except for a few passer-by shadows here and there. I spun among the hanging rugs, curtains and lamps that surrounded me the way circus gadgets would a child. Intertwined patterns engraved into the carpet fabric had a hypnotic effect. An effect that was all-surrounding. It gave me an unsettling feeling and a nagging presentiment of danger until a powerful voice called my name.

I turned on my heels and gasped.

The largest man that must’ve ever existed stood before me, his head much above mine. Big to the extreme, something most people don’t get to lay their eyes on in a lifetime. A black cloak that reminded me of the garment of a priest molded on his wavy, way-too-big shoulder muscles. Cold sweat trickled down my temples.

I love reading from you, so don’t be shy and share your thoughts and feelings in a comment.