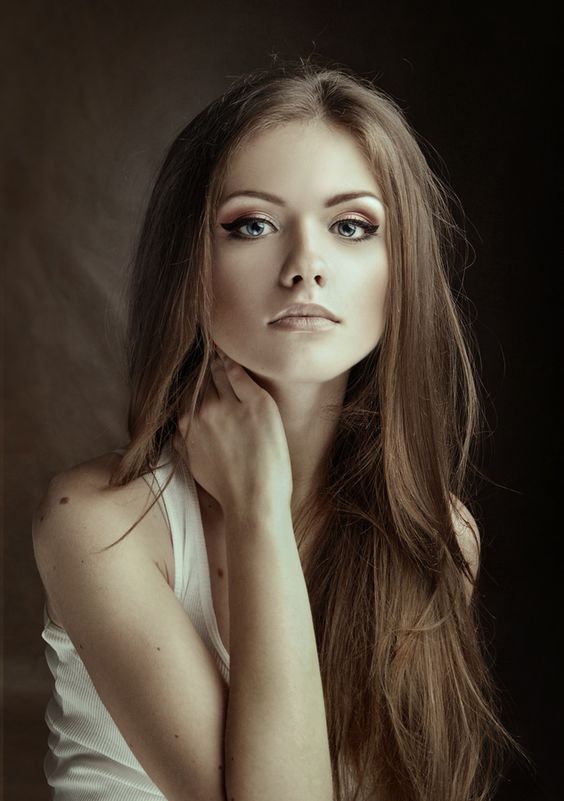 “How can you be sure Dad is safe with the Intelligence Service?” Worry broke through my voice, no matter how hard I tried to keep it chained.

“Because there’s nothing safer than their protection in this country,” Mom said.

“The few words I exchanged with him back at the hospital, he didn’t seem anxious about his life. He wanted to stay here, with us.”

“Two of his colleagues and their families have been killed, Alice. Those men worked for the same organization as your father from Barcelona and Bristol, also in matters related to genetic research. The R.I.S. are certain BioDhrome were the moral author of these murders, and that back in the mountains they meant to finish you in the same horrendous way to teach your father the same kind of lesson. Therefore Tiberius is a risk factor in this house, for us and for himself. Without him we’re safer, but still. Officer Sorescu, the man you saw in here . . .” even more careful now, “he’s around with his colleagues, just in case. Melanie and George will be staying with us too.”

“Does this mean we’re confined to these walls?”

“No. The R.I.S. and the doctors, they all agree that the trauma will be slow to leave you, so a normal life is essential. Especially public places are benefic. Crowds are safe.”

She smiled as if this were supposed to thrill me like alcohol would a teen. And it did, to a certain extent. Crowds, places like the campus and even clubs were safe indeed in our town, people’s built-in curiosity would let no event unobserved. It worked better than CCTV, so there was strong reason to believe that BioDhrome wouldn’t risk taking action in open field. They’d try to get us alone, at night in lonely places or even in our homes. So surveillance and protection made sense.

But the feeling that Dad had been extracted against his will nagged. He’d been desperate like never before at the hospital, his tone had left no room for doubt. He’d been convinced that he could protect us, especially by being present.

“And if we want to talk to him? Is there some number we can call? Some place we can go, for example, I don’t know, a phone cabin downtown like in those detective movies or something?”

“I see.” I proved unable to control an acid grin. So this is how Hector was forcing cooperation. By leaving us no way around him. On a second thought, what if extraction was no more than a cover? A gross lie? What if he’d thrown Dad in a nasty cell and punched and kicked information on Damian Novac out of him? I jumped to my feet, bumping into the table edge. My ears whistled in tune with the kettle on the stove.

Mom stood up too, hand on my cheek to calm me down, blue eyes identical to mine wide and worried. Standing half a head taller though, she made me feel like a kid again.

“Alice, honey, the whole idea behind this was to keep out of touch. Why bother organizing an extraction, if family stops by at the hideout to say hello anytime they please?”

“And you accept this so easily?” I snapped and brushed her hand off. “Are you really not worried about him, not one bit? His absence doesn’t bother you in the least?”

Now it was Mom’s turn to frown and apply a hard edge to her voice. “It’s not much difference to the last years, is it?”

“But this is different, Mom! BioDhrome is serious shit, real trouble that not even the R.I.S. might be able to protect him from.”

“I am worried about your father, Alice, believe me, but yes, I admit, I’m more worried about you. And if his presence puts you in danger, then I don’t need or want to see him again until the afterlife.”

Her words sent a stab through my brain, but I kept protest and anger behind tightened lips. Mom’s honesty was sharp, like glass colliding with glass in her voice, leaving no trace of vulnerability. Moreover, Dad had been cheating on her for a long time, and she knew it. I happened to know even with whom. Indeed, why should she give a shit? I tried for a peace-making tone.

“But I wouldn’t be seeing him, Mom. I’ll just talk to Agent Varlam, make sure Dad’s all right. I need to convince myself.”

“I know you’re hard to assure of anything, sweetheart. You have a counterargument ready for anything, you’re able to question even the law of gravity, and I think you’re taking it too far sometimes. That’s why I’m telling you now: your father is safe and sound, take that for granted.”

Mom wasn’t the dictator Dad could often be, but when she stood for something there was no way past her will. Behind the mask of the kind, soft-spoken Madame Jenna everyone appreciated, she had ways of getting what she wanted, brains to bow to and the patience of a reptile. On days like this, I ate my heart out for not having inherited at least half of everything she was.

Still, I found the guts to try and make up a strategy around her in my head, but before it caught shape I heard the door from the antechamber to my room. Then light steps. Ruxandra’s steps. The knock on the doorframe to signal her presence was accompanied by a weak smile.

Her pretty face had lost much of its glow, her olive complexion now pale in its own way, her hair a washed-out black, rumpling down to her waist. Her jaw was locked despite the smile. The experience we’d been through had taken away what was left of her carefree self, I would say.

Mom smiled back and hurried to pour her a cup of coffee, eager to cover the subject of our conversation. Ruxandra relished Mom’s warm welcome like an orphan would a Christmas night with presents, and joined me at the table, huddled in my old pink bathrobe that came too short on her arms and legs.

They were all “Rux, dear,” and “Jenna” to each other, as always. They had a special relationship. Mom had made a life purpose of plunging deep into the troubles of the gypsy minority, she had dedicated them her time even though there was no trophy to be won. Rich wives of the Western World she came from did charity, Mom had told me, but she didn’t think much of it. “Raising funds for clerks. Trust me, half of the donated money ends up on their pay-checks,” she’d say.

But Mom was determined to be of use on a very personal, palpable level, and made a great “career” of social work. Many of the gypsy kids in our neighborhood, Ruxandra and her older sister Cora included, had listened to her winter stories and learned to read and write from her. Both Romanian and English. It had been Mom who’d helped Ruxandra’s mother leave her husband and find a job at the textile factory many years ago. She’d fought and achieved so much in those difficult times. A rush of admiration swept over me. My heroine.

Ruxandra took a long sip of coffee, fingers curled around the mug, then leaned her head back, savoring not only the aroma but also her surroundings. There was love in her gaze as it crossed over every detail of the room – the cluttered wooden cupboards nailed to the walls over the counter, the door to the back garden with its frosted glass pane, the pots, kettles and spoons dangling from a wooden stripe with hooks above the sink like bells waiting to be played.

Mom gave her a warm smile. “It’s missed you, too.”

Despite the promising start, the conversation got stuck as soon as Mom uttered a “Did you sleep well?” Ruxandra lowered her head and pressed her lips, as if not wanting to remember. But, if she’d had nightmares, I hadn’t noticed. She’d been still and quiet. Only George’s low moaning and sighing had reached me once in a while through the veil of light sleep.

Mom tried to guide Ruxandra back on the conversational track, but all she got were attempted smiles from the trembling corner of Rux’s mouth. She wasn’t quite herself. But then again, neither was I.

Mom’s insistences on tea, cookies, coffee, chocolate, marmalade and another dozen sweets per minute were a clear sign I was a disturbing sight too. I wasn’t even sure to perceive and answer all her questions. I had this feeling they’d passed by my ears more than once, like “deja heards” or something.

George woke up late in the afternoon. His sudden screams as if someone sliced him alive made us all jump, and Mom almost threw down the door to the antechamber to attend him. His pained groans sent chills down my back. Ruxandra slapped her palms over her face, her shoulders shaking in sobs.

Carefully, I took her in my arms. I threw a glance at the big, lazy clock on top of the bookcase – four in the afternoon. George had at least gotten a good chunk of sleep. Unlike Ruxandra and me, who hadn’t even found the energy of losing the pink bathrobes we still wore like overgrown babies, curled on the couch, TV on.

Without Mom to promptly switch channels as soon as the news came on, always packed with tragedies and subliminal, “This is the end of the world,” Ruxandra and I were now fully exposed to them. A report about a massacre at a remote cabin in the mountains of Bulgaria made both our eyes bulge.

The twin of our story, only that no one had been found, dead or alive. The perfectly groomed reporter’s words were like other “deja heards,” her voice matter-of-fact but disturbed in its depths. Censured images that played on the half of the screen next to her face accompanied her story.

“Blood on pieces of clothing and torn curtains. Broken windows and . . .” And this is where my ears began buzzing, muffling the sound of the TV. My blood pressure must’ve shot up.

So this one made it on the news.

“They’ll cover up in a few days max,” Ruxandra said, close enough to my ear to pierce through the buzz.

“How is that supposed to work? How could a footage like this be a mistake? They freaking filmed the mess. People are not stupid, Rux.”

Then the reporter said, “The police arrested Dr. Lazar Dobrev, a psychiatrist. He used to treat one of the missing persons. Dr. Dobrev set the man on the loose, even though he was known to have murderous impulses, which he shouldn’t have had trouble acting on at a height of two meters, and a hundred and seventy kilograms of muscle.”

I love reading from you, so don’t be shy and share your thoughts and feelings in a comment.